Parasitism is still the principle characteristic of the Euro-Amerikan society. Only now the crude parasitism of the early settler conquest society has grown into and merged with its blood the greater parasitism of the world imperialism. The imperialist oppressor nations of North Amerika, Western Europe and Japan have in the post World War II years reached a mass standard of living unparalleled in human history. These nations of the imperialist metropolis are choked in an orgy of extravagance, of fetishistic "consumerism," of industrial production without limit. Even now, in the lengthening shadows of imperialism's twilight, in the confusion of the U.S. Empire's decline, the settler masses still can hardly believe that their revels are drawing to an end.

It must be emphasized that Euro-Amerikan society is not self-supporting. The imperialist mythology is that factories simply multiply themselves, that trains beget airlines and mines beget computers. In other words, that the enormous material wealth of the imperialist metropolis is supposedly self-generated, and supposedly comes to birth clean of blood.

The unprecedented rise in the wealth of the oppressor nations is directly and solely based on the increased immiseration of the oppressed nations on a global scale. The looting and killing of early colonialism continue in a more sophisticated and rationalized system of neocolonialism. But continue they do. It was Karl Marx, a century and a half ago, who first defined the accumulation of world capital as rising out of an accumulation of world proletarianization, oppression and misery.

The greater the social wealth, the functioning of capital, the extent and energy of its growth, and therefore, also the absolute mass of the proletariat and the productiveness of its labor, the greater is the industrial reserve armyâ€¦ the more extensive, finally, the Lazarus-layers of the working class, and the industrial reserve army, the greater is the official pauperism. This is the absolute general law of capitalist accumulation... It establishes an accumulation of misery, corresponding with the accumulation of capital. (1)

Zaire, for example, is the richest mineral-producing nation in the entire world, its great mines overshadowing even such nations as Azania and Canada. The Belgian, French, British and Euro-Amerikan imperialists have taken literally billions of dollars in copper, diamonds, cobalt and other minerals out of Zaire since the anti-colonial Lumumba government was destroyed in 1960-61.

This frenzy of looting has so infected the neo-colonial Mobutu regime that the Belgians laughingly call their allies a "kleptocracy". In a typical little amusement during the Winter of 1982, Zaire's President Mobutu and his entourage of 93 wives, concubines, servants and bodyguards spent $2 million visiting Disneyworld. His make-believe government is perpetually bankrupt, unable to pay even its phone bills, permanently indebted to Western banks. And the Afrikan masses, how do they relate to this great wealth? Real wages in Zaire have declined by 80% between 1960-1978. This is the source of the wealth. (2) In Zaire, as in Ghana, Philippines, Mexico and elsewhere in the neo-colonial world, the bottom half live worse than they did twenty years ago. For that matter, worse than they did five centuries ago.

The majority of the world's population, the proletarian and peasant masses of the neo-colonial Third World, exist under conditions of increasing hunger and landlessness, of increasing terror and dislocation. Millions have died that Euro-Amerikans may walk on the moon; people die of hunger and disease that Euro-Amerikans may overeat. This is the bloody secret at the roots of imperialist technological prosperity.

Just as unequal treaties, arrived at through invasion and gunboat diplomacy, were common mechanisms of global capital transfer for much of the 19th Century, so today unequal trade in the imperialist world market effectively strips and plunders the neo-colonial world. This is well known, and we need only discuss it in a brief, general way.

The amazing, post-World War II economic recovery of the imperialist powers was not solely a process of creation, but also a process of extraction and transfer. Western Europe was refertilized and rebuilt in large part with new capital extracted from the Third World, extracted under a process of involuntarily tightening trade terms. In the 1960s Sekou Toure of Guinea pointed out:

Toure related this to the fact that the average per capita income in the U.S., which in 1945 was ten times greater than the average income in Asia, Afrika and Latin Amerika, had by 1960 become even more extreme - no less than seventeen times as much as the average Third World income! (3)

This extractive process has since 1960 only stepped up its tempo, driven to new levels by imperialism's crisis of profitability. The New York Times recently said:

Commodity prices have in fact reached their lowest levels in 30 years... For Central America's agricultural economies, the terms of trade - the relative prices of exports and imports - have deteriorated 40 per cent since 1977... the gap between the richest and poorest nations has widened... Moreover, many rural societies are no longer able to feed themselves. In Africa, for example, there is less food per capita today than there was 20 years ago, with sub-Saharan Africa frequently ravaged by starvation. (4)

Behind the neo-colonial facade of international airports, of tourist hotels, of Mercedes-Benz society in the capital cities, is a world of oppressed nations increasingly war-torn, looted and socially disorganized. No less than the Wall Street Journal clinically described this in the example of the Dominican Republic:

Sugar had been like oil to the Dominican Republic, allowing the country to import its needs without learning to develop them locally. "Over the past few years we've been able to create the illusion of being a developed country - we have the latest computers, automobiles and appliances," says Felipe Vicini. "But we aren't developed at all."

Stripped of its imported goods, the Dominican Republic is essentially what it was 100 years ago - a plantation society with thousands of acres of sugar cane, some bananas and cocoa, and several gold and silver mines. Today, in this plantation society, about 6% of the population owns 40% of the wealth. Most of the people are peasants, living in areas where unemployment is 50%, illiteracy is 80% and many of the adults and children are malnourished. The impoverished population spills over into urban barrios and in the city streets children beg...

In the sugar fields, wages average $3.50 a day, at least during the six-month cutting season when work is available. Much of the cutting is done by Haitians... some half million of them roam the Dominican countryside often working in conditions approaching slavery. (5)

In 1965, when a reform government was attempted by a faction of the Dominican military, the U.S. promptly invaded with 23,000 troops to restore the old order. The neo-colonial societies are not, of themselves, stable or viable. To maintain them imperialism subjects the world to a never-ending series of search-and-destroy missions. There is both the "white death" by starvation and disease and the literally millions of Third World casualties from endless war. Jon Stewart of the Pacific News Service has written:

According to War In Peace, a new book published in London, about 35 million people have died in 130 military conflicts in more than 100 countries (all but a handful in the Third World) since the end of World War II. In the vast majority of these conflicts, the four original powers of the UN Security Council - Britain, France, the United States and the Soviet Union - have played prominent direct or indirect roles.

The argument that these Third World wars - which, taken together, really represent a third World War - are mostly the products of nation-building among backward and bloodthirsty societies simply doesn't wash. At least it doesn't explain why the four great powers... have engaged in as many as 71 direct military interventions outside their own borders in the postwar period, all but 4 of which have been in the Third World. (6)

Thus, there is nothing "benign" about imperialistic parasitism. The so-called world market is not a neutral trading ground, but a system of rigged transactions and economic crimes at gunpoint. There is a direct, one-to-one relationship between world hunger, mass unemployment and proletarian "conditions approaching slavery" (to use the words of the Wall Street Journal) on the one hand, and a fortified Babylon filled with consumer decadence and arms factories on the other hand. For generations the increasingly proletarian masses of Afrika, Asia and Latin Amerika have labored - and yet live in misery.

No society would freely enter into such self-destructive relationships. A world of colonies and neo-colonies create the only conditions for the imperialist "free market." In addition to its own armies, imperialism maintains in every nation that it dominates puppet military and police forces, amounting world-wide to millions of armed men, in order to extend capitalistic repression into the smallest and remotest village. The Third World War is already going on.

In his 1982 Nobel Prize lecture in Stockholm, Colombian novelist Gabriel Garcia Marquez reminded the world how in the previous eleven years Latin America has suffered from imperialist violence.

There have been 5 wars and 17 military coups; there emerged a diabolical dictator who is carrying out, in God's name, the first Latin American ethnocide of our time. In the meantime, 20 million Latin American children died before the age of one - more than have been born in Europe since 1970.

Those missing because of repression number nearly 120,000, which is as if no one would account for all the inhabitants of Upsala. Numerous women arrested while pregnant have given birth in Argentine prisons, yet nobody knows the whereabouts and identity of their children ... Because they tried to change this state of things, nearly 200,000 men and women have died throughout the continent, and over 100,000 have lost their lives in three small and ill-fated countries of Central America: Nicaragua, El Salvador and Guatemala. If this had happened in the United States, the corresponding figure would be that of 1,600,000 violent deaths in four years.

One million people have fled Chile, a country with a tradition of hospitality - that is, 10 percent of its population. Uruguay, a tiny nation of two and a half million inhabitants, which considered itself the continent's most civilized country, has lost to exile one out of every five citizens ... The country that could be formed of all the exiles and forced emigrants of Latin America would have a population larger than that of Norway. 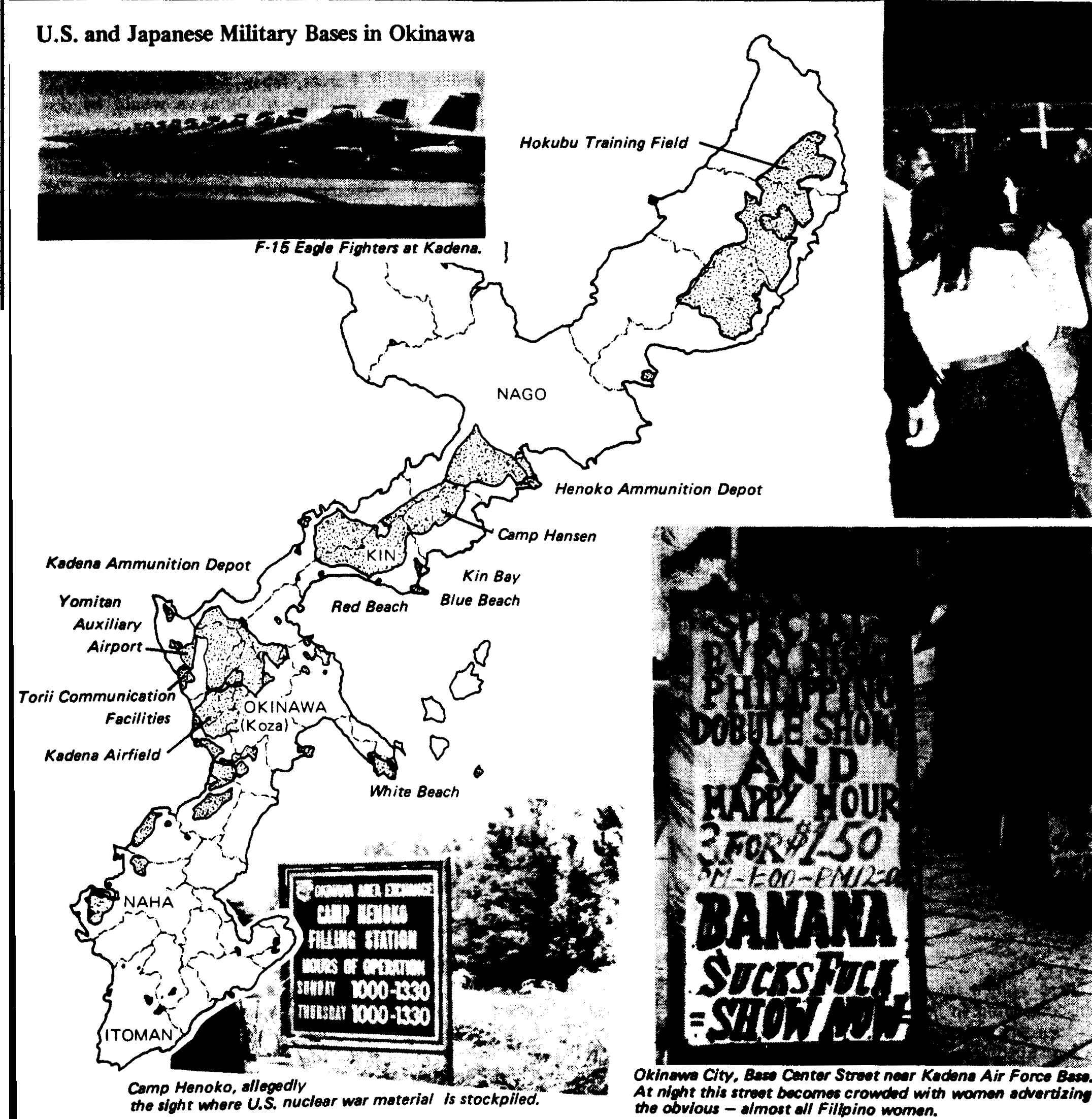